All discussion related to the Crimson Dark webcomic (at crimsondark.com)
Post Reply
2463 posts

So, we have a nice little moral dilemma. Save the refugees, or save the fleet?

Also, when are we going to actually see the "mercenary fleet"? Is it a massive Syndicate armada that will turn the tide? Is it a ragtag band of misfits who can barely scratch the paint on a Peacekeeper? We know that the Scar has very advanced tech, but everyone else is an unknown.
Top

Probably all sorts of corvette and even modified transport ships like the Niobe with weapons.

Hard to tell what they should do here.

If they go for the fleet, they get the high pay for assisting, and are possibly helping in the more important battle, they're up against powerful ships but might be less noticed as a threat which should be targeted with significant firepower and the Cirin warships can better handle themselves than the shuttles.

If they go for the fighters, they don't get the higher pay and may only save one or two of many shuttles trying to escape which is probably small in the larger scheme of things, but the shuttles have no hope against the fighters. They can probably tackle the fighters better than the warships, but the fighters will concentrate on them as the most significant threat.

Other option is that the fighters may have picked up on the communication and be aware that the main fleet is under attack. If its encoded then all they'd know is that a signal they couldn't decode was bounced around the planet, but if its open the fighters would now be fully aware of whats underway. (It must be encrypted since a bit part of the plan was to isolate the main fleet from the rest of it's backup forces.)
Please visit, read and update the CRIMSON DARK WIKI
SPAMMER Pelts: 83
Top

Possible responses I can see:

"Hey, it *is* you! You didn't actually believe the propaganda they tossed about, did you? It must have been quite the embarrassment for them, when I showed up alive - they threw me in prison!"
"You're right, I wouldn't. That's why I left. Well, that and the bit where they tried to kill me."
"What makes you think they're terrorists? Aren't the people who told you that are the same ones who told you I was dead and tried to make a marty out of me."
"But you would? You're the one targeting civillian refugee shuttles, I'm targeting the weapons that are forcing the population into starvation. In't it the military's job to *protect* civilians?"

None of those really quite sound like Kari to me, except for possibly the second one. Still, nice job whoever guessed that Kari will run into an old friend. Now, how deep does his indoctrination run, and how convincing can she be?

Also, I love the art, especially the expressions, and the wingman-out-the-cockpit-window shots. However, I can't help but think that it's about time for an explosion. I blame the independence day fireworks.
Top

Me, I'm just curious as to how a pilot gets the handle "Platypus".
Top

A Platypus is all things to all people. 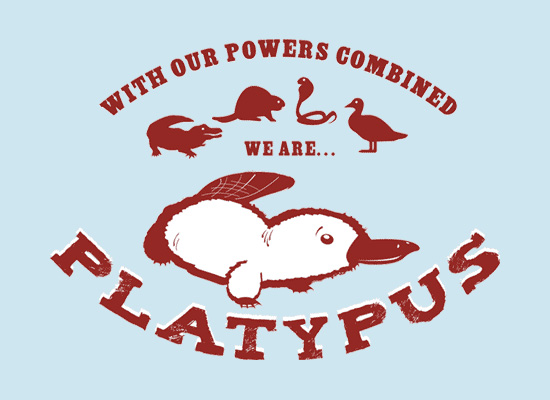 It is getting a bit of black-and-white again.
These are the good guys, those are the bad guys, and these are good-but-misguided guys.
I believe it is time to mess things up again a bit

For example, one of the refugee ships could carry, in fact, some terrorists, ready to - for example - collide with and blow up one of the capital ships.
Top

Just last year... weird, I was under the impression this war had been going on longer than that, but looking back I guess I don't recall anything specifically stating any such thing.
Top

cbhacking wrote:Just last year... weird, I was under the impression this war had been going on longer than that, but looking back I guess I don't recall anything specifically stating any such thing.


There was also a previous war I believe between the two sides. An I am guesting that there been a cold war scenario between the two for many years.
Top
Post Reply
2463 posts